A Major Update to Windows 10 Is On the Horizon Back in 2015, Microsoft confirmed that Windows 10 would be the last version of Windows, meaning that we should not expect Windows 11 anytime soon. Still, a major update to the Windows 10 operating system has been confirmed to be on its way. What’s coming with this next update to Windows 10, and what does it mean for your business?

If we’re being honest, there is not much currently known about the upcoming update to Windows 10. The update, code-named Sun Valley, will reportedly bring several enhancements and updates to the user interface. CNet reports that some of these changes will apply to the Start menu (hopefully in a good way), Action Center, File Explorer, and Taskbar. It is also hinted that changes made to the user interface will borrow in part from the unreleased Windows 10X operating system, an OS that was in development for dual-screen devices like the Surface Pro.

Microsoft’s CEO, Satya Nadella, has teased the update, going so far as to build the hype train at Microsoft’s Build 2021 Conference from May 25-27. Here is what he had to say during the keynote speech:

It’s also worth mentioning that this update could include changes to the App store. In particular, the Verge reports that the Windows App store will likely allow developers to submit any Windows applications, which is a huge step toward what Nadella refers to as creating “more opportunity” for developers to distribute their work to users.

When Will It Release?

Again, not much is currently known, but the words “very soon” imply that we won’t have to wait long for more information. It is thought that this updated version of Windows will be released sometime later in 2021. Please keep in mind that all of this is hearsay at this time, as nothing has been officially confirmed by Microsoft, but we will keep our ears to the ground for more information as it releases.

What are some things that you would like to see in the next Windows 10 update? Be sure to share them in the comments, and make sure to stay tuned in to SouthBridge Consulting’s blog for all the latest in business tech!

More posts from author
Wednesday, June 16 2021 A Basic Understanding of Informatics
Monday, June 14 2021 Hackers Use the Pandemic to Send Out Phishing Threats
Wednesday, June 09 2021 Businesses Have Access to These 3 Powerful Communications Tools 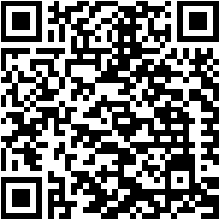