Remote Work Has Been Around for Longer than You’d Think

A lot of people aren’t aware that working from home is not a recent innovation. It can arguably be traced back over a million and a half years, when our ancestors would work relatively close to their dwelling places. Throughout our history, work has shifted away and back again to the remote methodology. Let’s look back through the years to see the progression of how people worked, based on the technology that was available.

Working from Home Was Largely the Norm

In the years leading up to the Industrial Revolution, especially in the medieval period and the Renaissance, working from home was how people worked. European peasantry lived in structures called “longhouses” with their livestock and workplaces contained inside with them. In fact, it wasn’t until 1760 and the Industrial Revolution that working someplace else was a common option.

Even then, factory managers often operated out of small buildings adjacent to the factory that were built to reflect many of the comforts of home.

The Shift to Office Work

The office as we know it today didn’t come around until the early 1900s, as technologies like electricity, telephony, and typing became available, with Ford Motor Companies adopting the now-traditional 9-to-5 workday in 1926.

By the 1960s, clerical work had taken over much of the job market, and with it, an intense obsession with productivity. Managers of the time kept detailed notes of how long it should take to carry out activities that today aren’t even considered. In case you were wondering, turning in your swivel chair should take you 0.009 minutes, as a guide from 1960 dictates. The cubicle, the epitome of removing distractions in the workplace, was first designed in 1968.

However, in the 1970s, a variety of factors were introduced that made the prospect of remote work more appealing. For instance, rising concerns over the environment brought up the concept of remote work, and technology was developed that enabled remote productivity.

Once the Internet was introduced in 1983, remote work was considered a legitimate option again. With Wi-Fi’s development in 1991 and various professional and governmental innovations over the next few decades, we now have the means to support remote operations for so many—and thank goodness we do.

SouthBridge Consulting is here to help you leverage the various tools that your business can use to support its operations on a remote basis. To learn more about these tools and how you can best use them today, reach out to us at (281) 816-6430.

Facebook Twitter LinkedIn
Tags:
Productivity Technology Mobile Office
For the SMB Returning to Work
What Are the Most Important IT Solutions for an SM...

More posts from author
Wednesday, July 01 2020 Your Eyes Will Thank You if You Try This Microsoft Word Dark Mode Trick
Monday, June 29 2020 Technology You’ll Need as Your Business Grows
Friday, June 26 2020 Do You Know How Your Hard Drive Saves Data? 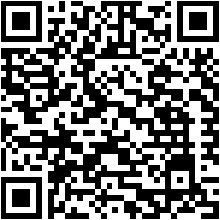